Joshua Lozano’s first time at a street race ended with a warning from a police officer and an addiction that would see him sacrifice all his worldly possessions.

“It was a summer night in Mexico. My older brother was driving while on his cell getting the latest directions to the rally point” said Lozano. “He warned me about coming; he said it wasn’t safe, but I insisted. I had just seen “Fast & Furious” and I wanted to be like Diesel. I had no idea by the end of the night the cops would find me hooked to the most potent drug a teenage boy could experience, speed.”

Compared to other street racers Lozano is lucky. He street raced, which is illegal, for five years and the only consequences were a handful of speeding tickets which no longer appear on his record because he took defensive driving.

When asked where he has raced at, he always responds “Mexico”.
Illegal street racers often refer to Mexico because it is the code word they use in case they are being monitored by law enforcement. It’s where all street races occur.

Others not so fortunate

According to the National Highway Traffic Safety Administration, nationwide there was a total of 1,047 fatalities in crashes involving racing from 2001 – 2008.

California leads the nation in racing fatalities with 232 followed by 172 in Texas and 50 in Florida.

“Over the years I’ve had friends that have gotten really hurt from racing,” said Lozano. “Even though it happened to my loved ones I never thought it could happen to me.”

Law enforcement agencies are tasked with trying to prevent these illegal speed contests from turning into tragedies.

According to Harris County Sheriff’s Office spokesperson, Christina Garza, the HCSO has conducted various initiatives and partnered with other agencies to target street racing. They track statistical data, complaints from citizens and observations made by patrol officers to determine what areas to target.

“Street racing is very dangerous and can have very serious consequences, including death. It’s not worth it. The HCSO will arrest anyone who is caught street racing. The last thing anyone, especially a college student, wants is a criminal record.” said Garza.

Texas Transportation Code defines racing as the use of a vehicle in an attempt to outdistance another vehicle; arrive at a given destination ahead of another vehicle; or test the endurance of a driver over a long-distance route.

According to the HCSO there are two types of racing: organized and spontaneous.

Organized events are targeted by multi-agency police task forces and coordinated by racers. Participants meet at a predetermined location, usually outside of the city limits, and setup improvised drag strips.
These events can turn deadly.

Amateur drivers who often don’t realize the risks they are taking, battle on uneven road surfaces in an uncontrolled environment with lack of crowd control and safety measures.

Houston Motorsports Park built a drag strip in 2003 for the specific purpose of getting street racers off the street and on the track where they belong.

“We have a professionally prepared drag racing surface. If you’re out on the street, you don’t know if you’re going to hit a patch of oil,” said John Mandelbach, general manger of Houston Motorsports Park. “There are so many different variables on a street that you don’t have here.”

The owners recruited Mandelbach, who has a marketing and drag racing background, to reach out to the street racers in hopes of offering a positive alternative.

HMP and Mandelback tried replicate the street-racing scene. They created a safe environment for racers to hang out with their friends. Unlike on the streets, participants are not harassed by police. Facilities often feature DJs, drifting exhibitions and visitors can even bring in their own cooler.

“I’ve been to the two race tracks in Houston, but it’s not the same as an actual street race no matter how hard they try to recreate the scene,”said Lozano.

In late 2006 Lozano was in again Mexico when a car pulled up at a stoplight revving its engine – a sign to race.

“I knew better than to race at this location. It always had police. The arrogance of this guy ticked me off, but I was willing to take the risk,” said Lozano.

Lozano, who spent the majority of his weekly paychecks on his car, won that race, but soon found himself involved in a race with police.

A Trooper arrests an illegal racer

Three police cruisers had been parked at a strip mall as Lozano and the other racer sped past at over 70 mph. They gave chase and one quickly intercepted the Nissan Sentra that Lozano had just defeated.
The other two were coming after Lozano.

“I knew if I stopped my car would get impounded, I would get arrested and take a major blow financially from court costs” said Lozano.

Instead of pulling over, he stepped on the gas and accelerated.
“I was at an advantage because they slowed down to get the other racer and my car was faster than a Crown Victoria,” said Lozano.

Just as suddenly as he sped up, he hit the brakes, flung his car into the back alley of a shopping center and found himself in a quiet neighborhood away from the wailing of the sirens.

The police never caught up.

This type of spur-of-the-moment racing is hard to regulate. It happens spontaneously and is usually handled by patrol officers instead of a specialized task forces.

“The thrill of a street race is nothing compared to the sinking feeling you get when your looking at a life behind bars,” said Lozano.

A conviction for street racing is a Class B misdemeanor and penalties progress with each subsequent arrest.

It was this incident that set Lozano on a path to reform. For the past five years he has been focusing on his education and his family. He can no longer afford to practice his passion but hopes to one day get back into the sport legally.

“It costs too much money to keep a high-performing car up. I’ve got other priorities now like my family,” said Lozano “I lost touch with my old crew. I’ve matured. They haven’t.”

The Voice of BBVA Stadium and the Pain Behind the Mic 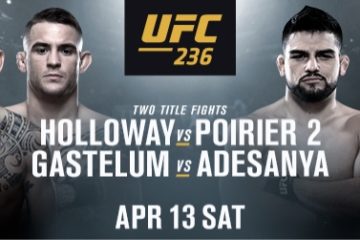